“They thought I was half-crazy. But despite the tremendous expenditure of time and energy, it was most certainly worth it…I have blazed a trail, and that was my intention. I was, am and always will be, a catalyst for change. And as more and more women begin to participate in the political process, we will see the visible effect of that change.” 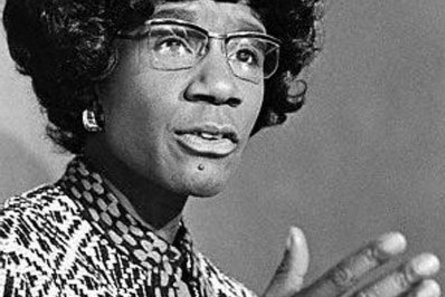 Shirley Chisholm foretold that a conflagration of women activists would pursue elected office in the years following her 1972 presidential campaign. Yesterday, five women of color, all CUNY graduates, declared their intention to prove her right once again. In a forum organized by a collective of CUNY-affiliated Women’s organizations including the Brooklyn College Women’s Center,  the CUNY Women’s Centers Council and the Women’s and Gender Studies Program at Brooklyn College,  five candidates running for local office described their visions for New York City. 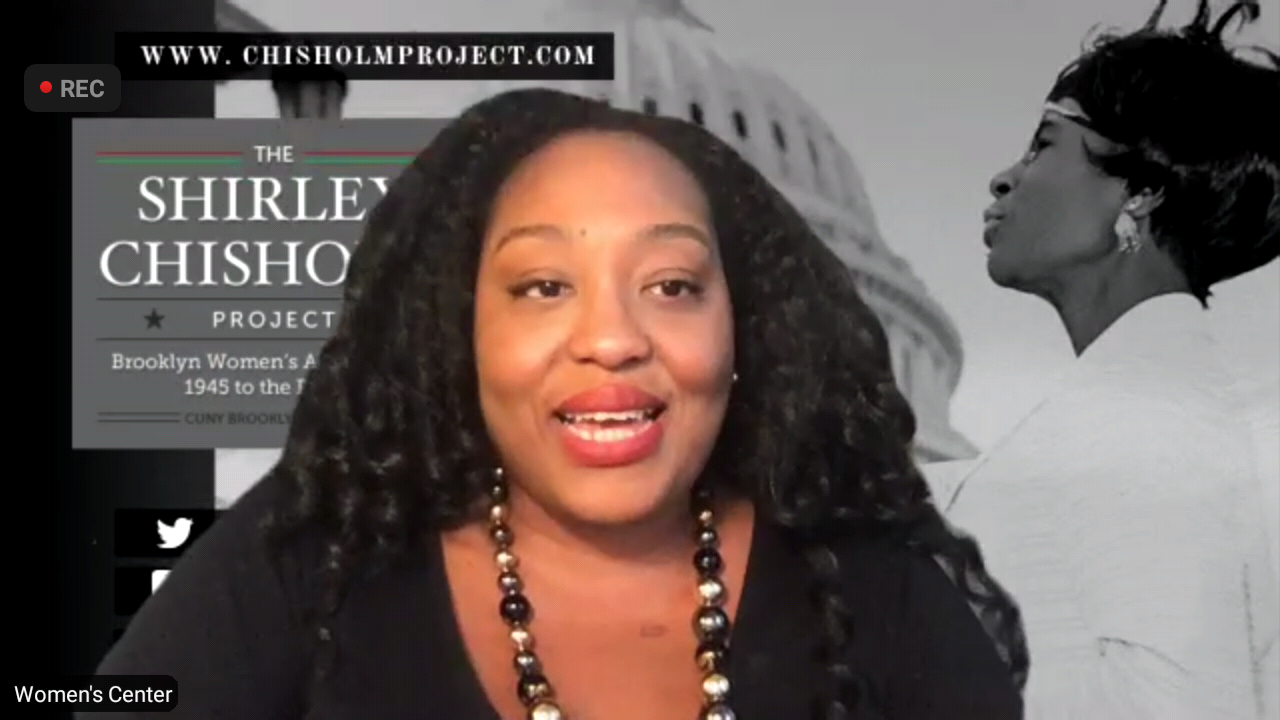 Dr. Zinga A. Fraser, the Director of the Project and Assistant Professor at Brooklyn College, led the discussion. She asked the candidates about how their experiences at the City University of New York shaped their decisions to run for office, and how their platforms addressed pressing issues like policing, poverty, racial injustice and COVID-19 relief. Here are the CUNY graduates running for office in the upcoming elections: 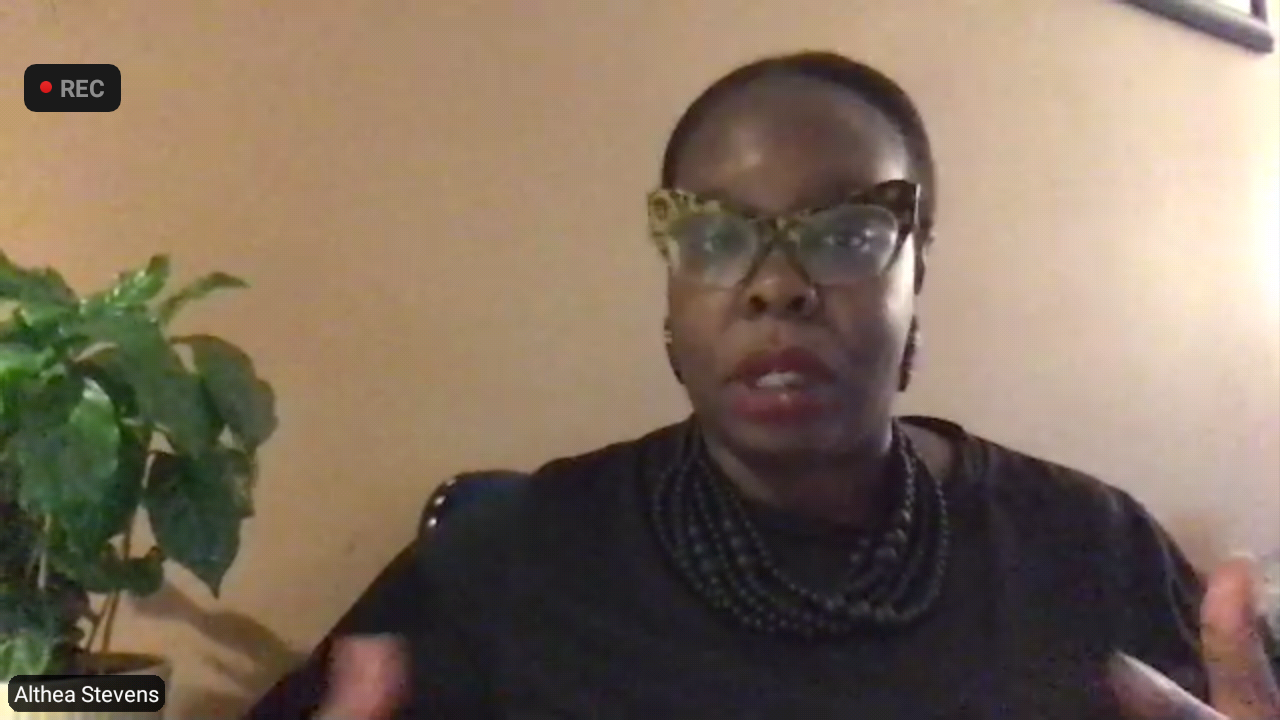 Althea Stevens: City Council candidate from the Bronx. She is a graduate of Hunter College. 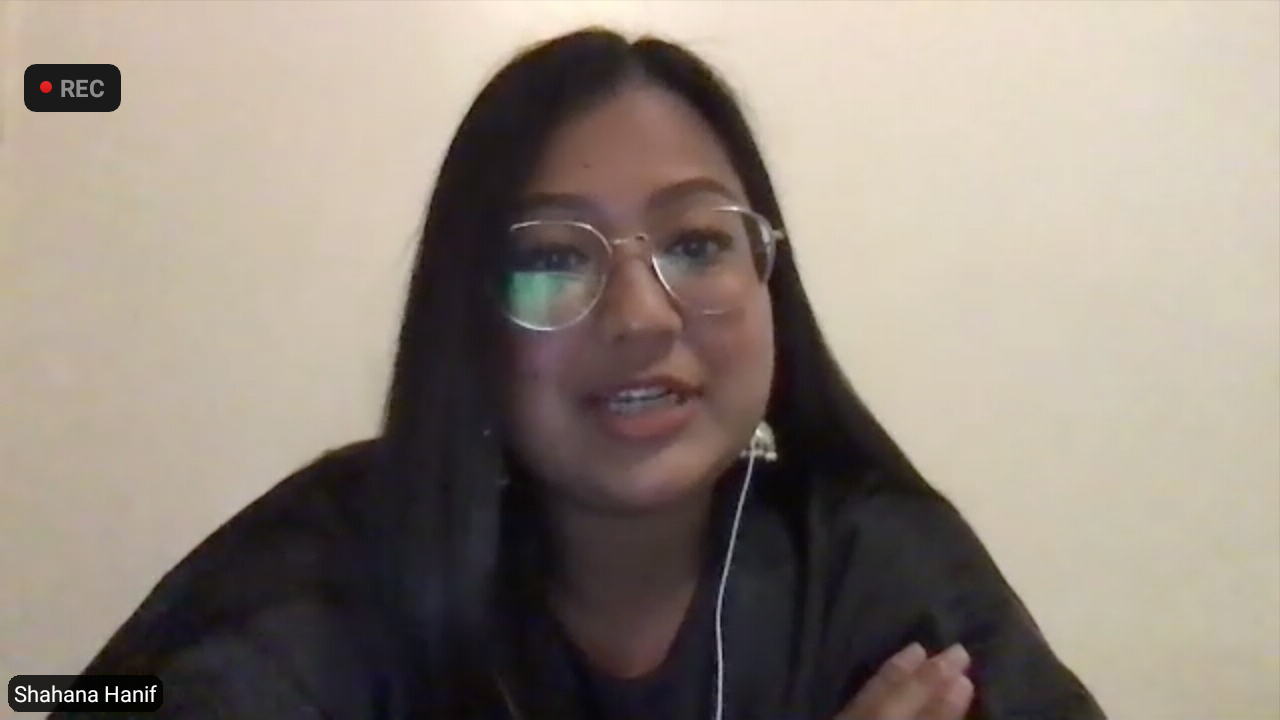 Shahana Hanif: City Council candidate from Brooklyn. She is a graduate of Brooklyn College. 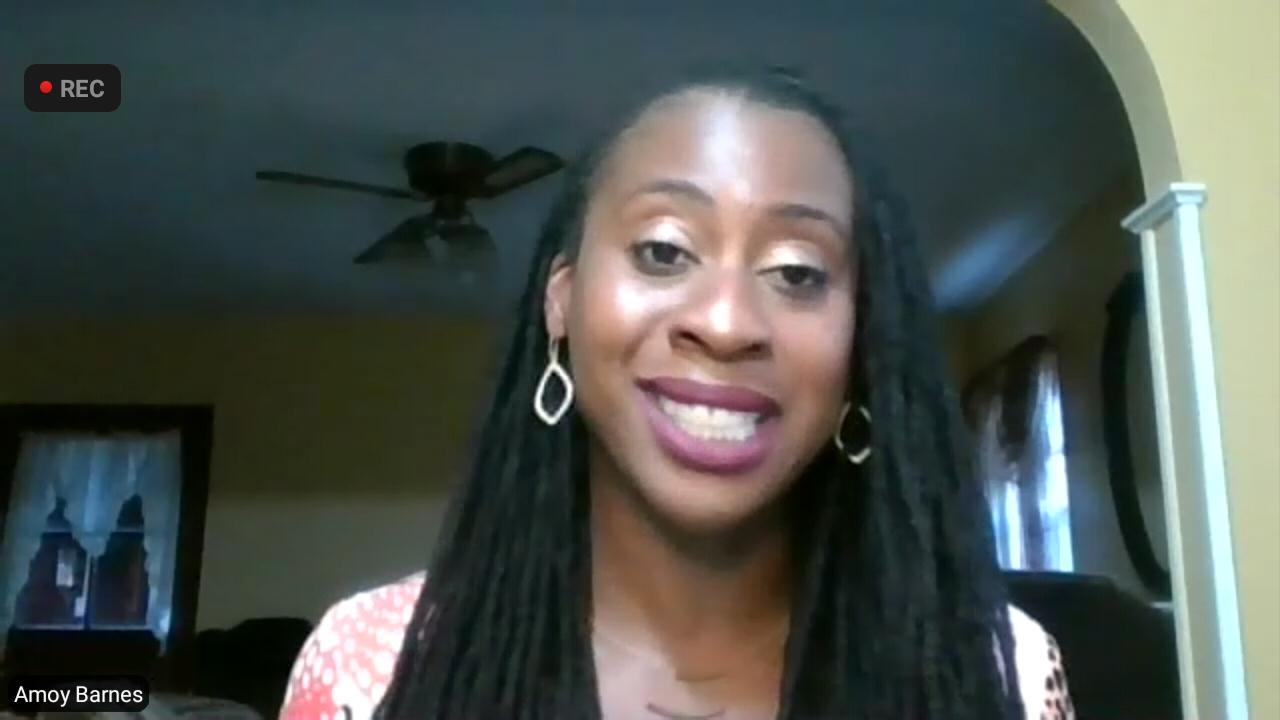 Amoy Barnes, City Council candidate from Staten Island. She is a graduate of Baruch College. 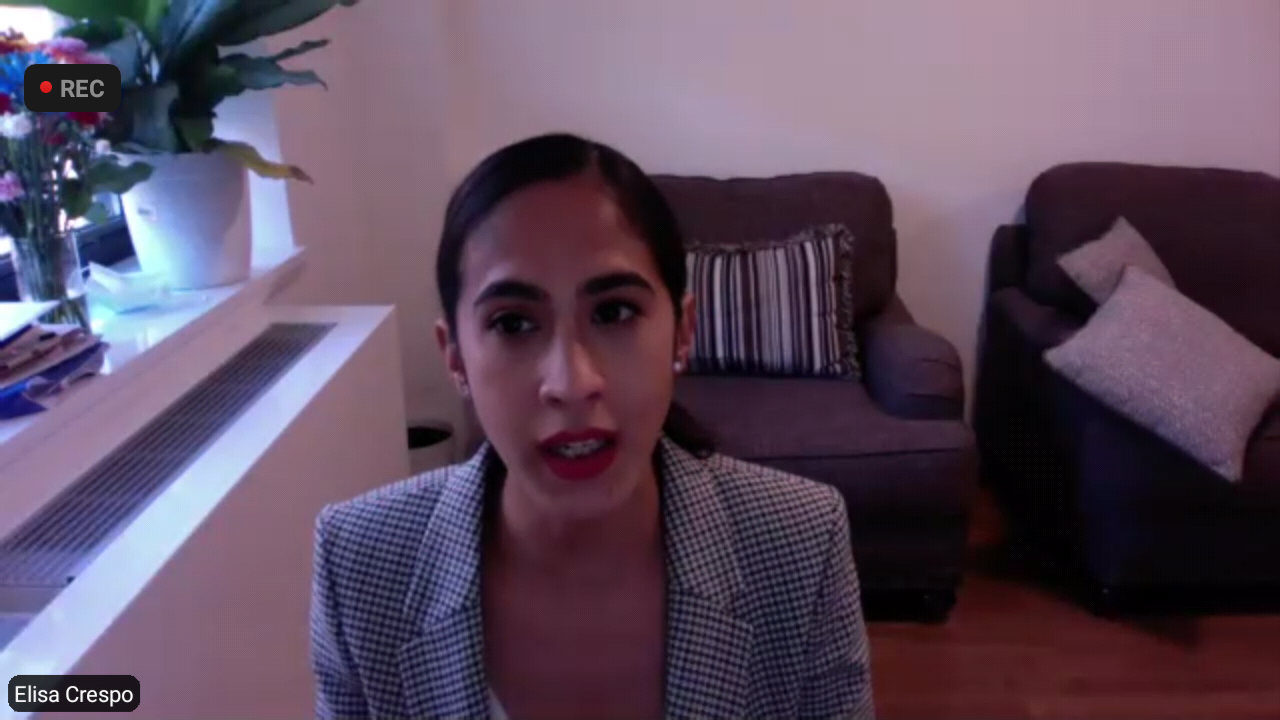 Elisa Crespo: City Council candidate from the Bronx. She is a graduate of John Jay College. 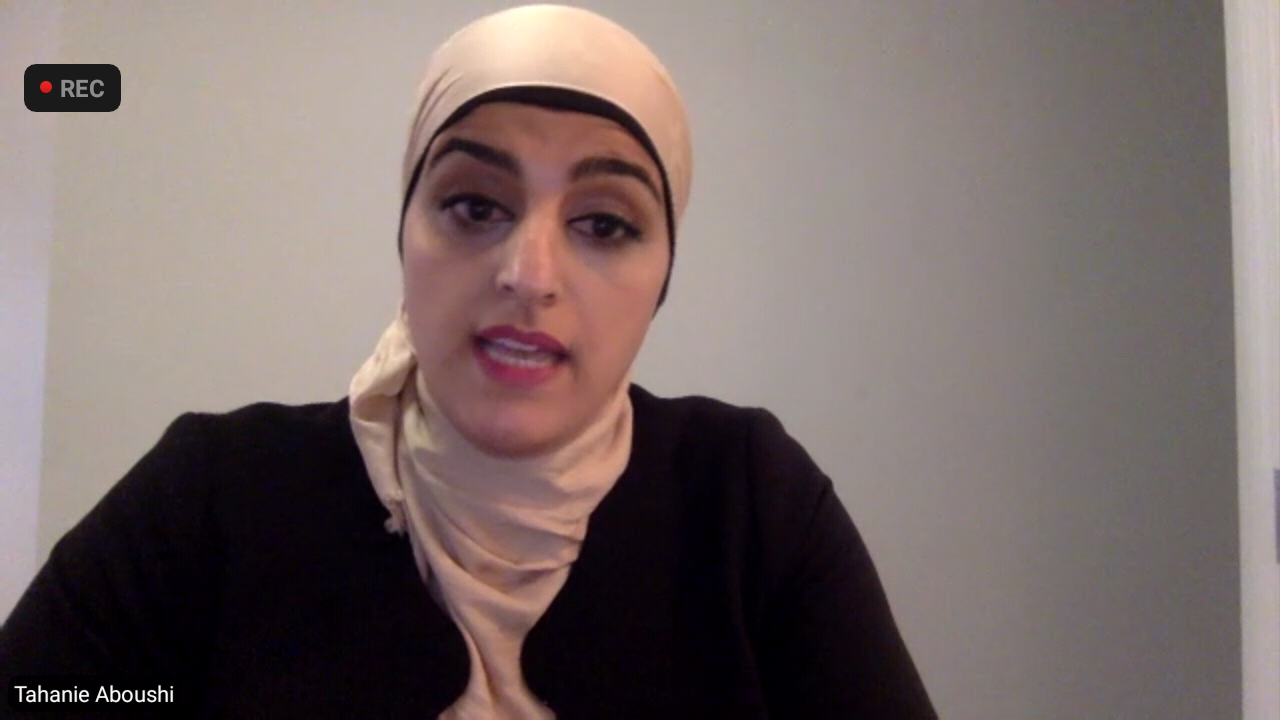 Tahanie Aboushi, who is running to be the next District Attorney of Manhattan. She is a graduate of York College. 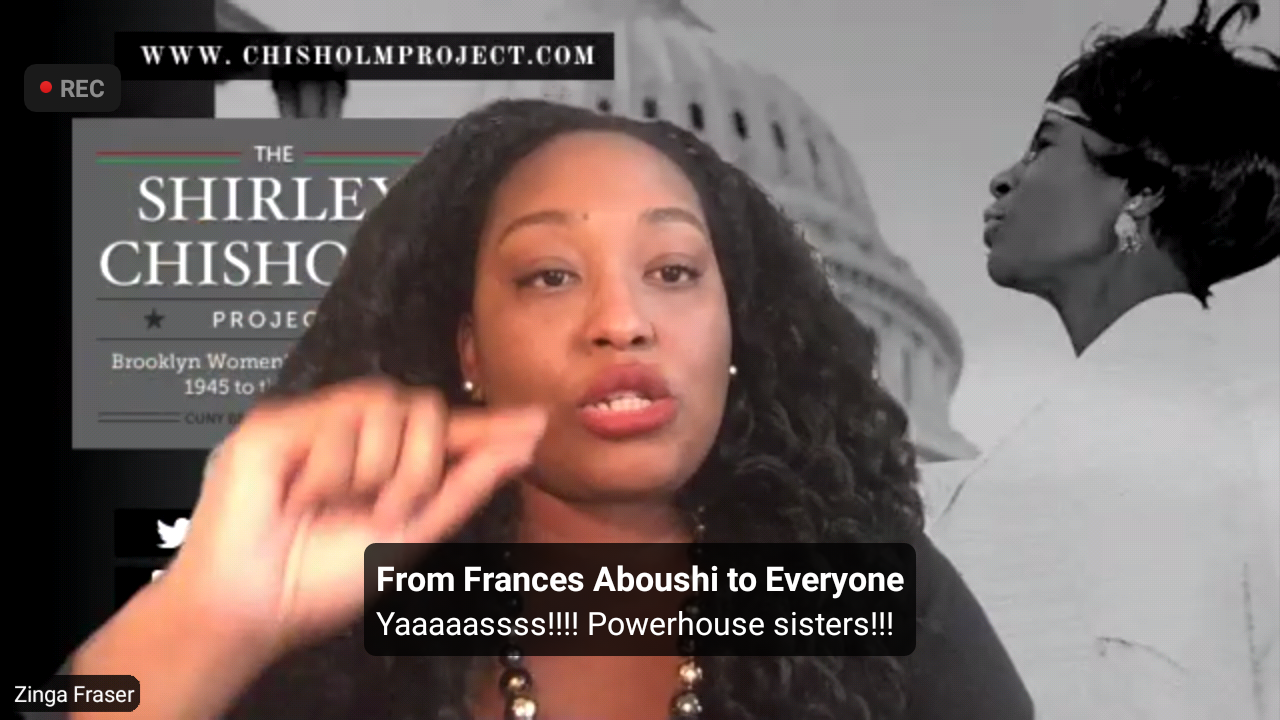 Speaking directly to the forum audience, Dr. Fraser pointed out the uphill battle faced by women of color when funding their campaigns.

“It is far more expensive for women of color running for elected office,” she said. As Chisholm experienced in her political career, women of color are far less likely to receive financial support from the party structure, and it is harder for their messages to reach the public when the voices of better-connected white and male politicians dominate the airwaves. Don’t just verbally praise the idea women of color in politics, Prof. Fraser insisted: help finance their visions, and donate to their campaigns. 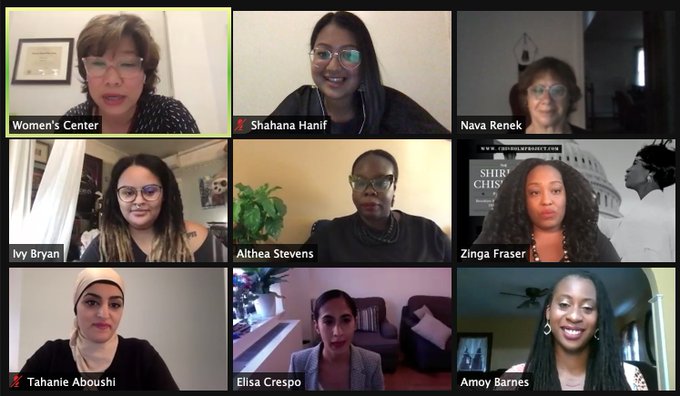 The candidates, the organizers from the Women’s Center at Brooklyn College, and Dr. Fraser participating in the forum.

In addition to fighting for women and racial minorities, Chisholm was also a champion for public education. In the New York State Assembly, she was one of the architects of the SEEK program, a governmental initiative to provide counseling and financial support to students throughout the CUNY & SUNY system. To this day, hundreds of students throughout the state benefit from that program. In terms of legislation, organization and inspiration, we continue to see the visible effects of Shirley Chisholm’s insistence to catalyze change in New York and the country at large.

To learn more about the CUNY Alumni Candidates, please follow the links below:

ALTHEA STEVENS, running to serve on the City Council for the Bronx, representing District 16.

ELISA CRESPO, running to serve on the City Council for the Bronx, representing District 15.

SHANANA HANIF, running to serve on the City Council for Brooklyn, representing District 39

TAHANIE ABOUSHI,a civil rights attorney running to be the next District Attorney for Manhattan.