We Can Reverse the Legal Erasure of Breonna Taylor

“Black women are desperately concerned with the issue of survival in a society in which the Caucasian group has never really practiced the espousal of equalitarian principles in America.“–Shirley Chisholm in 1974.

According to a Louisville grand jury and the Attorney General Daniel Cameron, none of the officers who killed Breonna Taylor could be held responsible for killing her. Her death was legally “justified,” Cameron said.  It was another way of saying a Black woman’s life is not justified.

This is the kind of legal sleight of hand that has been used for hundreds of years to deprive Black people of their freedom, of their lives, and of any semblance of justice. For instance, in the infamous Dred Scott decision issued by the Supreme Court in 1857, the Court argued that Dred Scott “had no rights which the white man was bound to respect; and that the negro might justly and lawfully be reduced to slavery for his benefit.” On September 23rd, the Louisville grand jury issued a nearly identical message to the rest of the country, and to the world: a Black woman’s life has no worth which the police or the State of Kentucky are bound to respect.

Despite the verdict, we must remember this: neither the Supreme Court then, nor Daniel Cameron today, has the final word in the struggle for Black human rights. In fact, new developments in the case reveal that the fight for Breonna Taylor is not even over. One of the jurors assigned to the case has successfully petitioned in court for the release of the full body of evidence provided by Attorney General Cameron, on the grounds that the information that he presented to the jury was insufficient to deliver the justice for Breonna that she and her family deserves.

After the public outcry, both Cameron and the Louisville Mayor caved to pressure to release information. An FBI investigation, furthermore, is still ongoing. These developments prove that community members, activists and scholars can—and must—continue the pursuit of justice even as the agents of a racist system seek to delay and deny it. With every new piece of information, we must continue to defend Breonna Taylor’s memory, her humanity and her entitlement to full justice.

On Breonna’s birthday, the Chisholm Project issued five action steps to address state violence against Black women. Today, we join the many activists and grassroots organizations who demand that ALL the details of Cameron’s miscarriage of justice be revealed to the world. It is what Breonna’s family deserves, and because it is necessary to reveal all the ways that the Black women are erased in our legal and political systems. Justice for Breonna Taylor means creating a society in which she might have lived, and a society in which her life matters. That society does not exist in America, but it is still possible to create for all the Black women and girls out there who, as Shirley Chisholm observed decades ago, are still desperately concerned with the issue of survival. 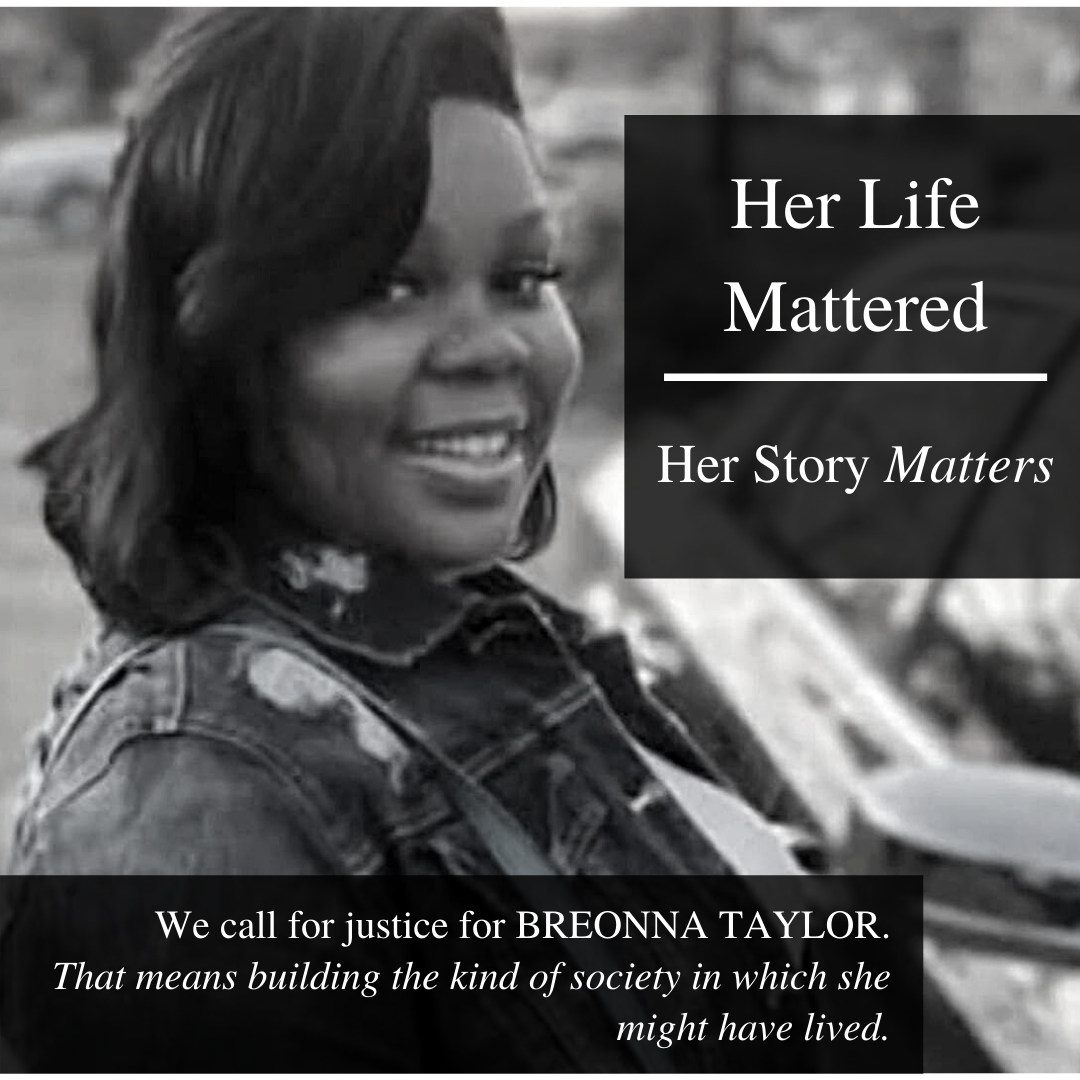