As part of the Shirley Chisholm Project of Women’s Activism’s 2012 Conference “Be a Catalyst for Change; Shirley Chisholm’s Lifelong Legacy,” five Brooklyn College students were awarded for their outstanding essays on following in Chisholm’s footsteps as ‘catalysts for change.’ 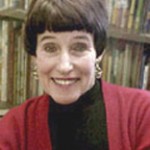 The call went out for students to answer the question, “What do you want to be able to say at the end of your life?” Wow! What would you say? What would I say? But most importantly, what did the students say? You know what Shirley said:  “When I die, I want to be remembered as a woman who lived in the twentieth century and who dared to be a catalyst for change.”