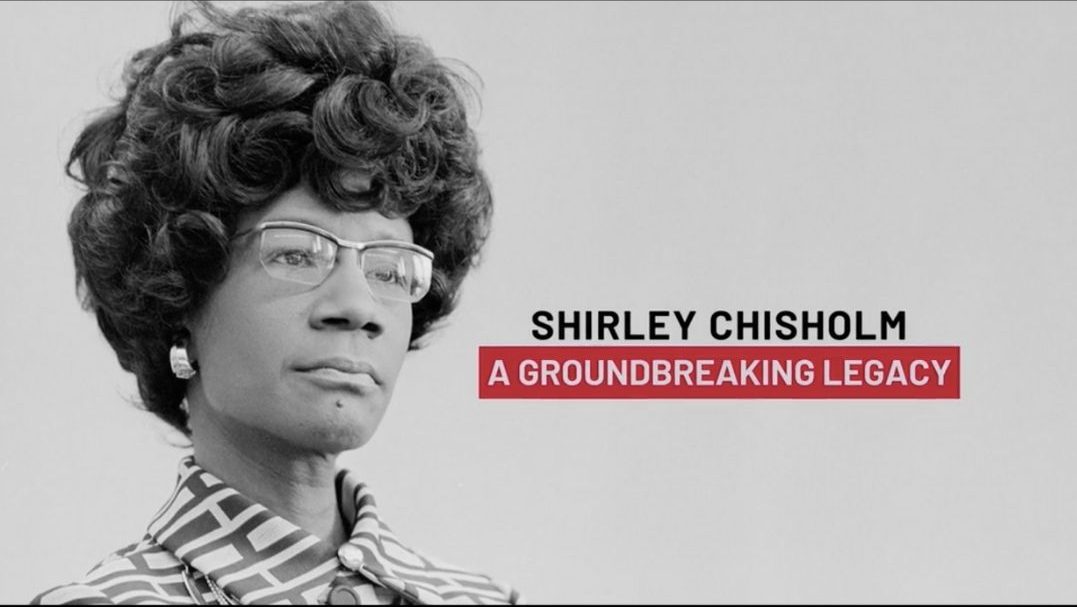 In that documentary, “Shirley Chisholm: A Groundbreaking Legacy”, Dr. Fraser characterizes Shirley Chisholm as a Black woman who “dared to be herself,” and a coalition-builder who sought to activate the political power of marginalized people and whose maverick leadership forced the Democratic Party into a more progressive future.

Together, Rep. Lee, Dr. Fraser and Kayla Jackson, a former student of Congresswoman Chisholm, also sought to deconstruct the narrative of “the strong Black woman” and replace it with a depiction of Chisholm’s leadership that honored the full breadth of her humanity.

You can watch “Shirley Chisholm: A Groundbreaking Legacy” in the History Channel’s website here:

And if you are interested in learning more about the many dimensions of Shirley Chisholm as woman, leader and intellectual, stay tuned to updates from the Chisholm Project. Dr. Fraser is currently working on two books on Shirley Chisholm—one on her intellectual legacy, and another entitled, Sister Insider/Sister Outsider, a comparative analysis of how Congresswomen Shirley Chisholm and Barbara Jordan shaped the post-Civil Rights political landscape.