A Brief Herstory of the Congressional Black Caucus 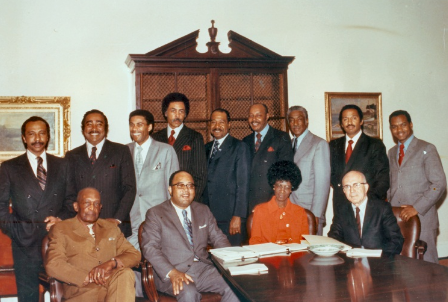 Rep. Shirley Chisholm and the other 12 original members of the Congressional Black Caucus. Photo Credit: Moorland-Springarn Center for Research at Howard University.

In February of 1971, Congresswoman Shirley Chisholm joined 12 other Black U.S. Representatives as a founding member of the Congressional Black Caucus (CBC). The Black Caucus began as an informal alliance of African-American lawmakers, which coalesced into a formal organization. By combining their power, these founders sought to increase their influence on behalf of the profoundly marginalized Black population. Only thirteen representatives (and one Senator) had been elected to serve over 22 million Black people. Of the other ninety-nine Senators and 422 Representatives, almost all them were white and male.

Sworn into the House of Representatives in 1969, Chisholm was the first and only Black woman in Congress at the start of the CBC’s existence. She was an influential and active member of the CBC in its early years as it moved quickly and decisively to address the widespread racism and inequality faced by its national Black constituency. She was part of the CBC’s successful boycott of Nixon’s 1971 State of the Union Address when he refused to address the concerns of Black Americans; she was also a leader in its investigation of racism in domestic and international military installations. In the 80’s, she was instrumental in Black Caucus stand against the apartheid government in South Africa and the internment of Haitian refugees under the Carter and Reagan administrations. On various issues, she was more outspoken against injustice than her CBC colleagues and often sought to pull the Caucus towards bolder action, especially in the fields of education, child welfare, housing and women’s rights.

When Chisholm declared her intentions to run for the US-presidency in 1972, she received little substantive support from the Black Caucus. Of the founding members, only Rep. Parren Mitchell openly supported her. Ron Dellums, a progressive and admirer of Chisholm before he became a Congressman, was also a key Chisholm supporter—until the Democratic National Convention that year when he joined the rest of the Caucus in promoting George McGovern’s candidacy. The Black Caucus supported McGovern publicly despite private doubts about whether he would be a reliable advocate for the Black population.

Although Chisholm was not supported by the Black Caucus (or the leaders by the mainstream feminist movement) in the 1972 presidential campaign, her candidacy led to the election of a number of future members of the CBC. Future Congresswomen Barbara Lee and Maxine Waters of California both entered politics as organizers in Chisholm’s campaign. Many other Congresswomen, including Rep. Sheila Jackson Lee, credit Chisholm as inspirations.

50 yrs ago, Shirley Chisholm began her service as the first Black woman in Congress.

She was often frozen out by men and alienated by the feminist movement.

On this historic day, I’m wearing Congresswoman Shirley Chisholm’s pearls, given to me by her goddaughter, who said that her godmother “would not want it any other way.”

Because of Shirley Chisholm, I am.

Because of Shirley Chisholm, Vice President Harris is. pic.twitter.com/rgQKw2Y8Qb

Chisholm’s career in Congress and her presidential run are directly attributable to the growth of the CBC since its founding—and the number of Black Congressional Women. In 2018, the Congressional Black Caucus had grown to 50+ members, including new congresswomen like Lauren Underwood, Lucy McBath, Jahana Hayes, Ilhan Omar and Ayanna Pressley who credit Chisholm as helping to pave their way.

Unbought. Unbossed. Today, the first day of #BlackHistoryMonth, I'd like to send a little love to two heroines—one from our past, Shirley Chisholm, and one from our present. See you Tuesday, Ms. Abrams. pic.twitter.com/AqRBMtJGgz

Shirley Chisholm — the first Black woman in Congress, and the first woman and African American of a major party to run for president — is the reason millions have SNAP benefits, and why Black women, who were told to wait our turn, have a voice in Congress now. #BlackHistoryMonth pic.twitter.com/4Y0vFtXctv 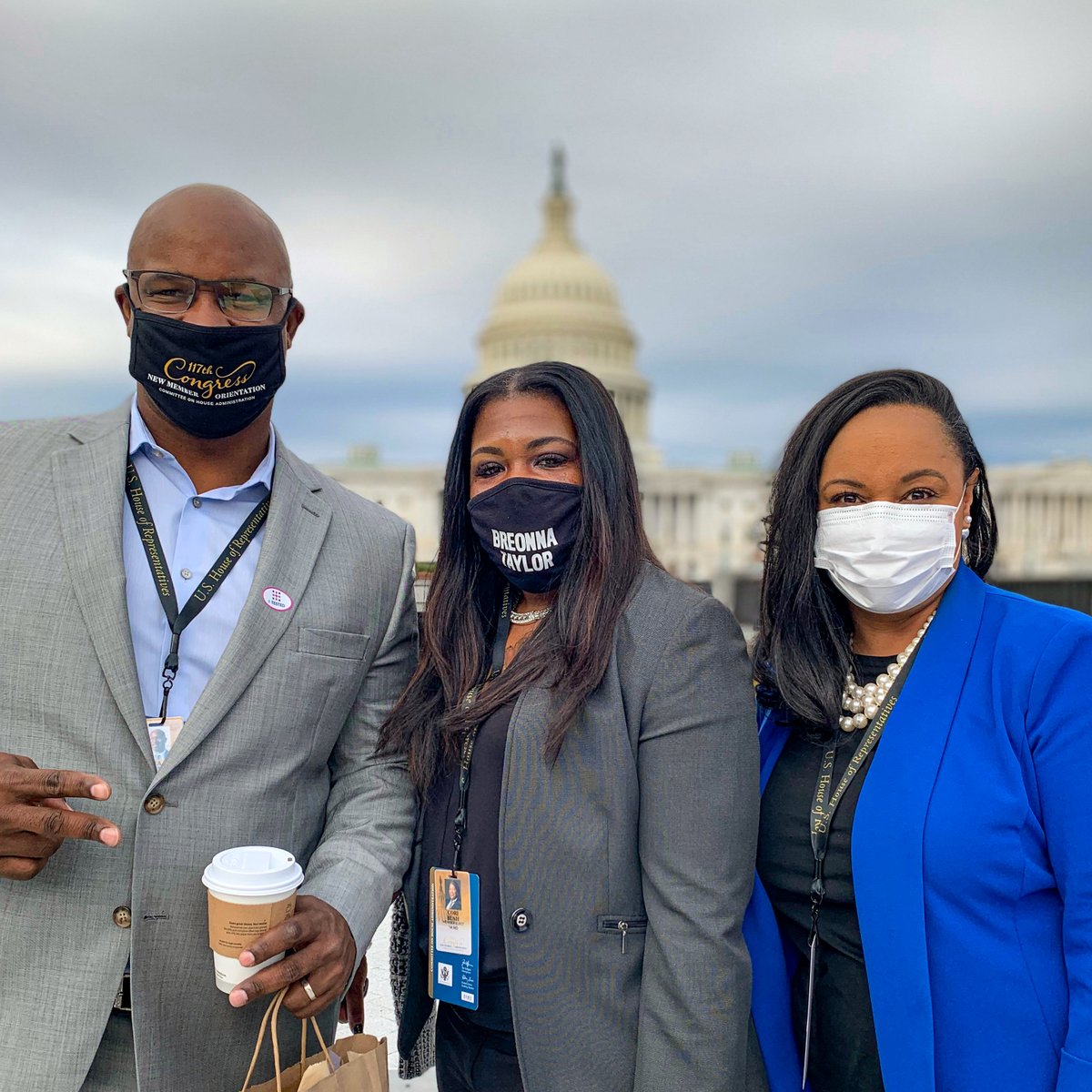 The Black Caucus has come a long way from its original 13 members in the 70’s. But, the struggle to translate its growing numbers into policy transformation in favor of marginalized Black populations, continues. Many of Chisholm’s political successors have followed her example in articulating bold policy changes. If the newly-expanded Congressional Black Caucus succeeds in pushing the legislature and President Biden to address ongoing racism against the Black population, we have Shirley Chisholm to thank for those achievements.

THIS moment is one I will never forget. Rep @AyannaPressley was so gracious… 😭🥰 https://t.co/rEgMkPKvqI

Thank you for showing us the way. https://t.co/zABh45LrnM

This Black History Month, we should ask this question: where would the Congressional Black Caucus be today—in its numbers and in its impact— if it were not for the Honorable Shirley Chisholm?