“I’m Going to Win Because I Am Tough” — 52 Years Ago Today, Chisholm Is Victorious 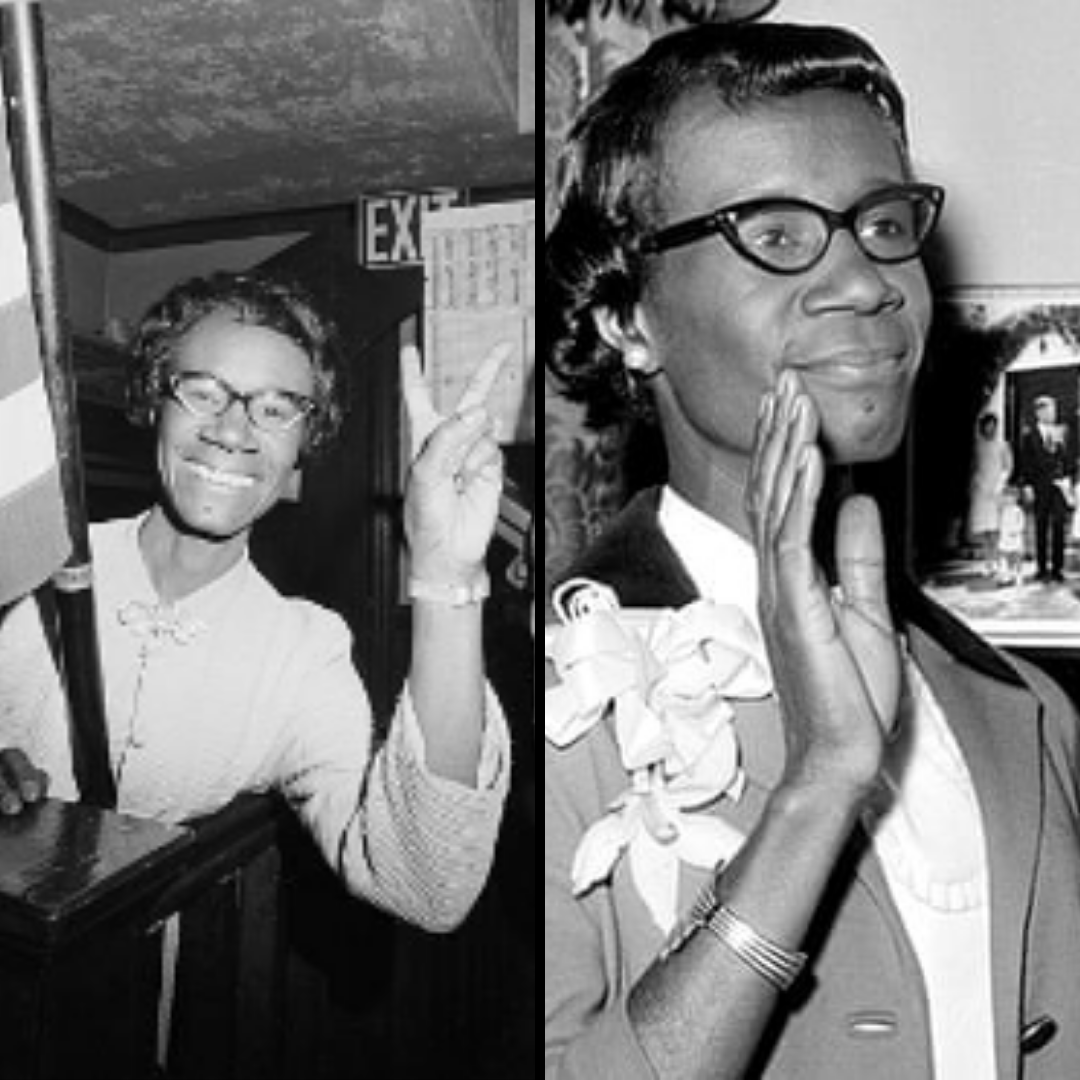 To the left, Chisholm celebrates her victory in her Brooklyn headquarters on November 5th 1968. To the right, Chisholm is depicted taking the Oath of Office on Capitol Hill in January 1969.

As the co-founder of C.O.R.E. (The Congress of Racial Equality), Farmer had greater resources & national name recognition at his disposal. Shirley Chisholm—as she was often in her life—was counted out by most political observers. Farmer was not only at the head of CORE, but he was widely-respected for helping to organize the Freedom Rides in the South.

Despite being underestimated, Shirley Chisholm was confident she would be victorious in the end. As she once said on the campaign trail, “I’m going to win, because I am tough!” But the Assemblywoman from Bedford-Stuyvesant had more than toughness in her arsenal. Chisholm already had decades of hard-won grassroots political experience. She had climbed up the ranks of the New York political world, and fought many battles in the struggle to increase Black political representation in her community. As a result, she was able to develop a superior strategy to Farmers and employ her intuitive understanding of her native 12th District.

In the end, Chisholm’s belief in herself was well-founded. She did not only defeat Farmer—she did so soundly. Once in Congress, Chisholm was not content to rest on her laurels. From day one on Capitol Hill, she insisted upon keeping her promise to “shake up the system.” She would serve in the U.S. House of Representatives until 1982. Even after her retirement, she continued teaching and engaging in politics for the rest of her life.

In 2018, women of color in politics followed Chisholm’s lead, and were elected into Congress in record numbers. This year, in the 2020 election, women inspired by Chisholm’s achievements broke the record again in terms of the number of political campaigns.