Dr. Zinga Fraser and the Chisholm Project Continue to Shed Light on the Congresswoman’s Impact

On Wednesday, the insights of Zinga A. Fraser, Director of the Chisholm Project, became the basis of an article published in the Guardian.

“It’s about time,” Zinga Fraser, a Brooklyn College professor and director of the school’s Shirley Chisholm Project on Brooklyn women’s activism, said of the spate of recent recognition for Chisholm’s legacy.

The article continues with even more of Fraser’s analysis on Chisholm:

Her run for president sparked opposition among both white feminists and black political leaders, Fraser said.

“Shirley Chisholm, being African American and being a woman, understood what it means to be on the outside,” she said. “When she says she’s unbought and unbossed, that means she will make the decision for herself and those she represents, regardless of what the political fallout may be.

Dr. Fraser, who is currently developing a book entitled Sister Insider/ Sister Outsider: Shirley Chisholm and Barbara Jordan Black Women’s Politics in the Post-Civil Rights Era is a frequently sought-after expert on Shirley Chisholm’s Congressional career. Aside from the Guardian piece, she was also quoted in a Monday article by AM New York on the Chisholm statue:

Brooklyn College professor Zinga A. Fraser, director of the Shirley Chisholm Project, says the new congresswomen are symbolically similar to Chisholm in that they’re “not necessarily taking the status quo.”

Earlier in November, Dr. Fraser’s analysis was prominently featured in an Associated Press article,“50 Years in, Chisholm’s Historic Victory Offers Inspiration.” This piece was distributed in publications like The New York Times, The Washington Post, NBC New York, US News, The Tampa Bay Times and The Houston Chronicle.

The celebration marked the 50-year anniversary of Shirley Chisholm’s entrance on the national political stage. On November 5th 1968, she became the first Black woman in American history to be elected to Congress. 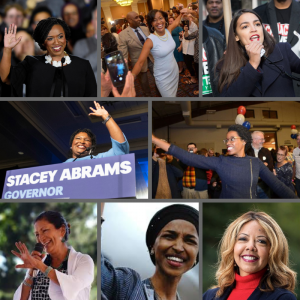 On November 6th 2018, a wave of progressive women of color were elected to Congress, almost all of them citing Shirley Chisholm’s “Unbought and Unbossed” legacy as a moral and political inspiration for their own campaigns.

Accordingly, Higher Heights for America, an organization dedicated to supporting Black women who seek political office, has dubbed the recent success of women rising to political office as “The Chisholm Effect”.

The Chisholm Effect was one of the themes for our Chisholm Day celebration. In a recent documentary by the Project for Chisholm Day 2018, Fraser observed, “Because she brought a folding chair, now we have a seat.”

THE ROUNDTABLE ON THE STATE OF BLACK WOMEN’S POLITICS

For the 50th Anniversary celebration, the Chisholm Project hosted two events—a Roundtable on the State of Black Women’s Politics, and a Conversation with Sonia Sanchez on Chisholm’s Life, Legacy and Freedom. 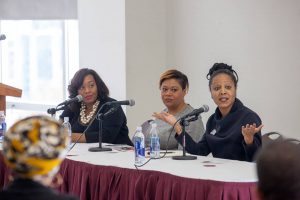 The Roundtable featured political scientists Christina Greer of Fordham University and Niambi Carter of Howard University. Dr. Fraser served as a moderator for the discussion.

THE CONVERSATION WITH DR. SONIA SANCHEZ 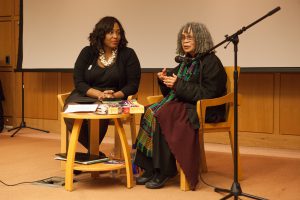 Although long overdue, the recent increase in interest about Shirley Chisholm’s political and cultural influence is the result of the painstaking work. 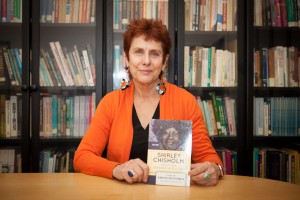 Professor Fraser’s award-winning dissertation on Chisholm is serving the basis of her upcoming book.

Even aside from Chisholm’s historic Congressional and presidential campaigns, there is a wealth of information about her political philosophy, activism and governmental record that remains largely un-examined.

As such, it is the mission of Fraser and the Chisholm Project to steer the growing consciousness around Chisholm towards an emphasis on her substantive work, what Dr. Fraser has called her “living legacy.”