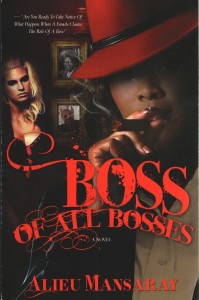 ed a letter from Alieu Mansaray of Sierra Leone Prince Publishing, about his new “urban street literature” titled Boss of all Bosses. The cover of his book has a portarit of Shirley Chisholm in the background.

Below is an excerpt from Mansaray's letter…