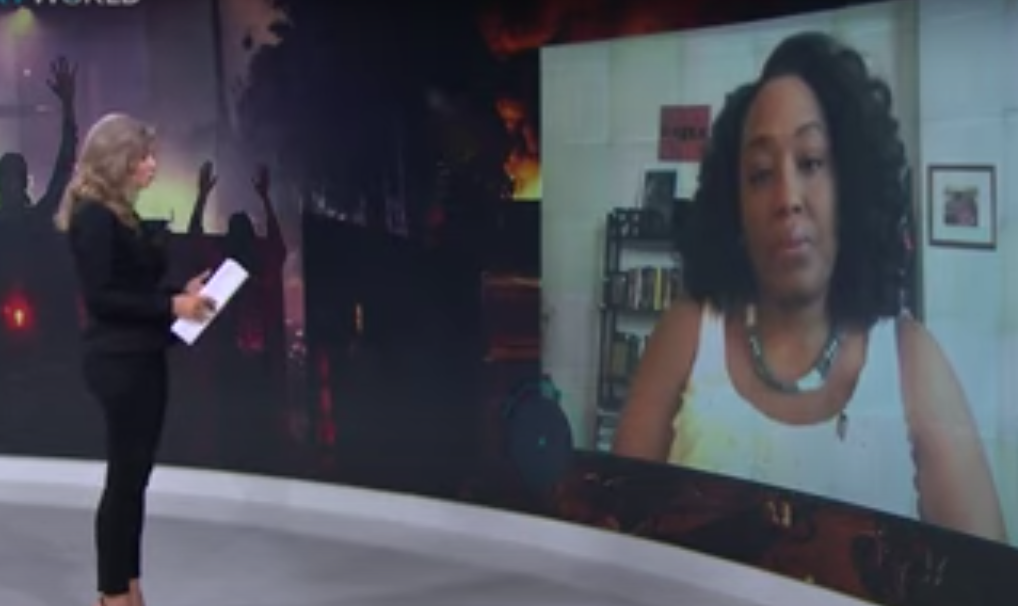 On Tuesday, amidst the sixth consecutive day of global protests in the name of Breonna Taylor, George Floyd, Ahmaud Arbery,  and other African-American victims of state violence, Dr.  Zinga Fraser spoke with TRT World about the need for “substantial institutional and structural change” to address white supremacy in the United States. 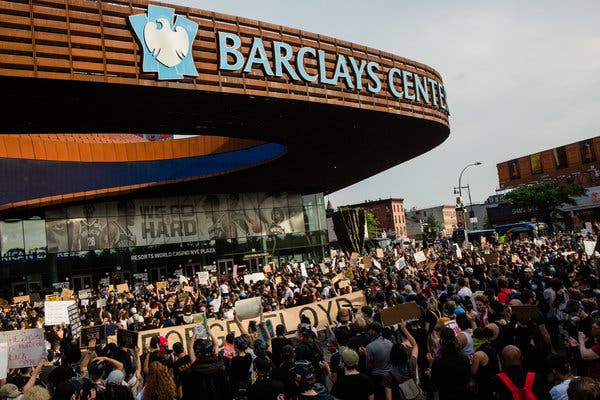 [Above: demonstrators gather at the Barclays Center in Brooklyn]

Dr. Fraser’s interview with TRT World, an international news organization centered in Istanbul, reflects the international scale of interest concerning racial injustice in America. In Dr. Fraser’s estimation, making the most of this current call for justice requires an analysis of racism that goes far deeper than just the most visible cases of police brutality. 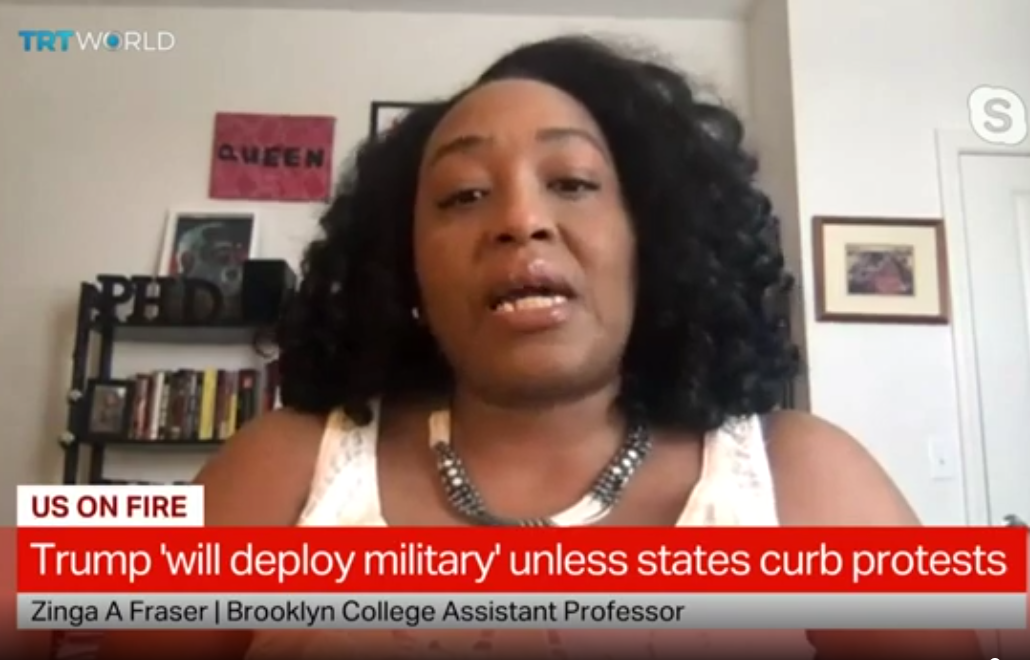 Dr. Fraser said of this moment that “It really requires substantial institutional and structural change” and that the issues surrounding Black Lives Matter are not limited to police brutality, but all of the structures in society that threaten the survival of black and brown people:

We’re in a global pandemic where African Americans specifically —and in Brooklyn, New York specifically— are more likely to have infection rates of COVID.

Its not only addressing the state violence, the police violence, the police brutality, the over-policing, the use of military force against Black and Brown people about, but also addressing the institutional inequalities around education, around housing.ALL of these things are representative of what people are going through. And so it really requires a leadership to address these issues to speak to the needs of those people.

People are out of jobs. Young students who are on the streets are no longer in school because of COVID. So there has to be a systemic way in the ways in which we think about addressing race and racism, institutional racism, capitalism, and the ways in which globalism operates for marginalized people.

Dr. Fraser emphasized a number of public policy solutions to address institutional racism. She referred to the growing student debt crisis as a major hurdle for people of color in ensuring their economic survival. She also emphasized the need to protect, secure and increase funding to public institutions like Brooklyn College.

This would go a long way, she said, in addressing both educational and economic inequalities and finally facing the full breadth and depth of the problem of white supremacy. Racial disparities in education; racial disparities in joblessness,  homelessness and health care are just as devastating to the survival of Black communities as the murder of their community members by police brutality. The challenge, said Dr. Fraser, is looking at all of these problems in tandem, because marginalized people experience them all simultaneously.

There are ways in which we can make significant economic and institutional change, but it requires a reckoning to address the issues of white supremacy— the way it is pervasive in every part of American life. —Dr. Zinga Fraser

Dr. Fraser called for a “public outcry” to mobilize popular and political support for these public policy solutions, but it is important that the right voices are heard in the midst of that outcry.

“I think we do need to focus on established and un-established organizations that continue to work around these issues… those are the voices we need to focus on. It is apparent that some of the press in the United States are not necessarily asking those people. So you have a disjointed public media perception around what these uprisings and rebellions look like and why they are happening.”

You can watch Dr. Fraser’s appearance on TRT World’s “U.S. On Fire” report below: