Warning: Illegal offset type in isset or empty in /nfs/c09/h02/mnt/135047/domains/chisholmproject.com/html/wp-content/plugins/custom-sidebars/inc/class-custom-sidebars-replacer.php on line 69
Skip to the content 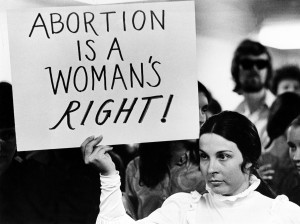 A young woman holds a sign demanding a woman’s right to abortion at a demonstration to protest the closing of a Madison abortion clinic in Madison, Wis., April 20, 1971. The Midwest Medical Center was closed after authorities said more than 900 abortions had been performed at the facility in violation of the state’s abortion laws. The protest is held at the Dade County building. (AP Photo)