Remembering Shirley Chisholm As a Pillar of Women’s Political History

Throughout Women’s History Month, the Chisholm Project continued to lead the public conversation around Shirley Chisholm’s legacy. To begin the month, our Director joined Congresswoman Barbara Lee and Higher Heights for America in a special segment of their show The Sip to celebrate Shirley Chisholm. Dr. Fraser described the Congresswoman’s dedication to Black women and the working class and Chisholm’s role as a pioneer of contemporary coalition politics:

“The positionality of her being raced and gendered in a certain way provided her a lens to be an advocate for progressive politics….Before a Jesse Jackson, before President Obama, she tries her best to create that people’s coalition. That legacy is what allows Barack Obama to get into the White House. That legacy is what allows Kamala Harris to reach the position she has today.” 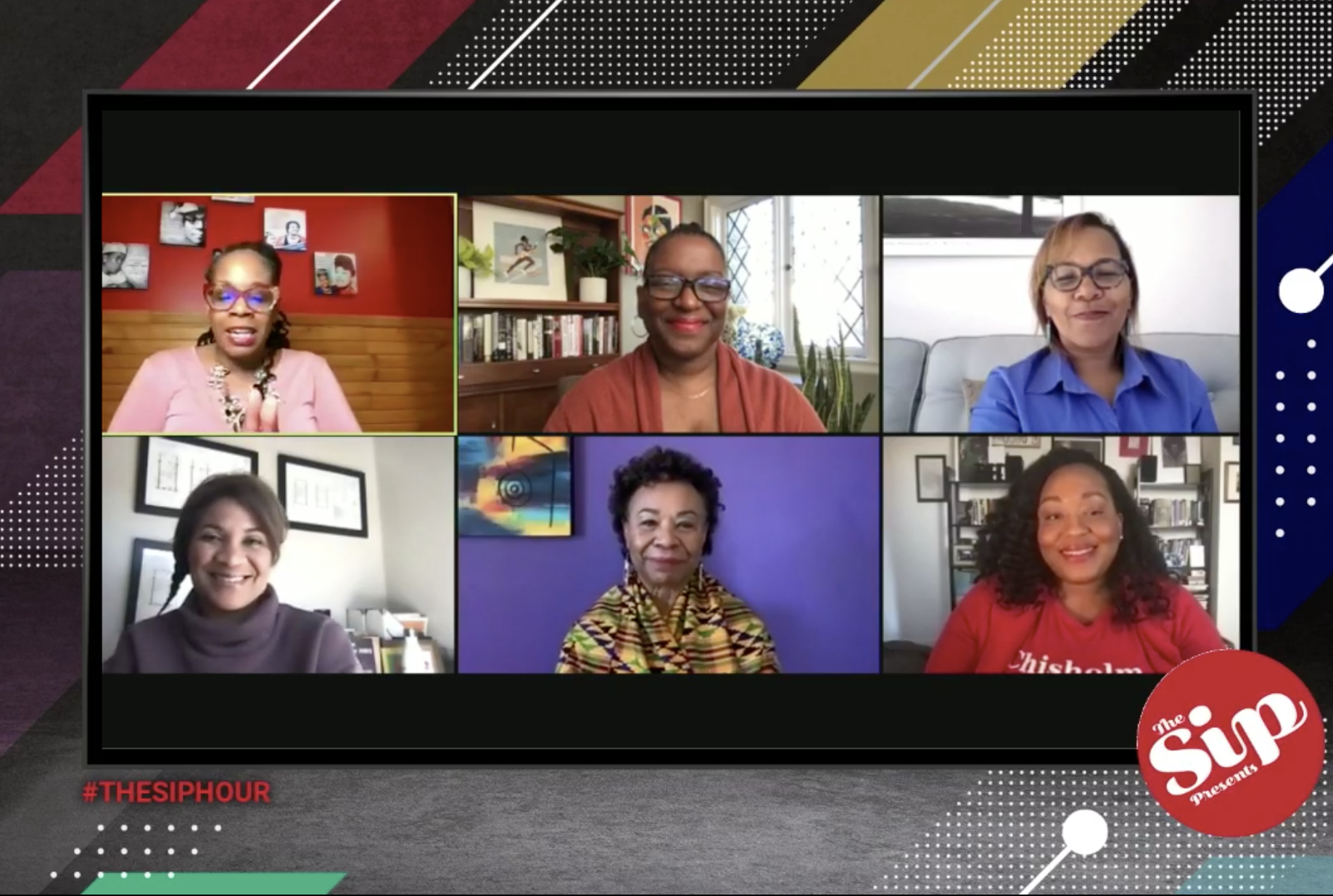 On March 11th, Dr. Fraser was also recognized by the Caribbean Research Center of Medgar Evers College at their Annual Shirley Chisholm Conference. She received the J.A. George Irish Scholar-Activist Award for “her work to expand the public consciousness around Rep. Shirley Chisholm and Black women’s political leadership—and for her numerous contributions to promote social justice, politics, education, and community empowerment.” She was joined as an honoree by CUNY Trustee and former City Councilwoman Dr. Una Clarke and Earl Phillips, leader of Earl TSU Local100. The 2021 Chisholm conference was covered in this article by the Caribbean Life News. 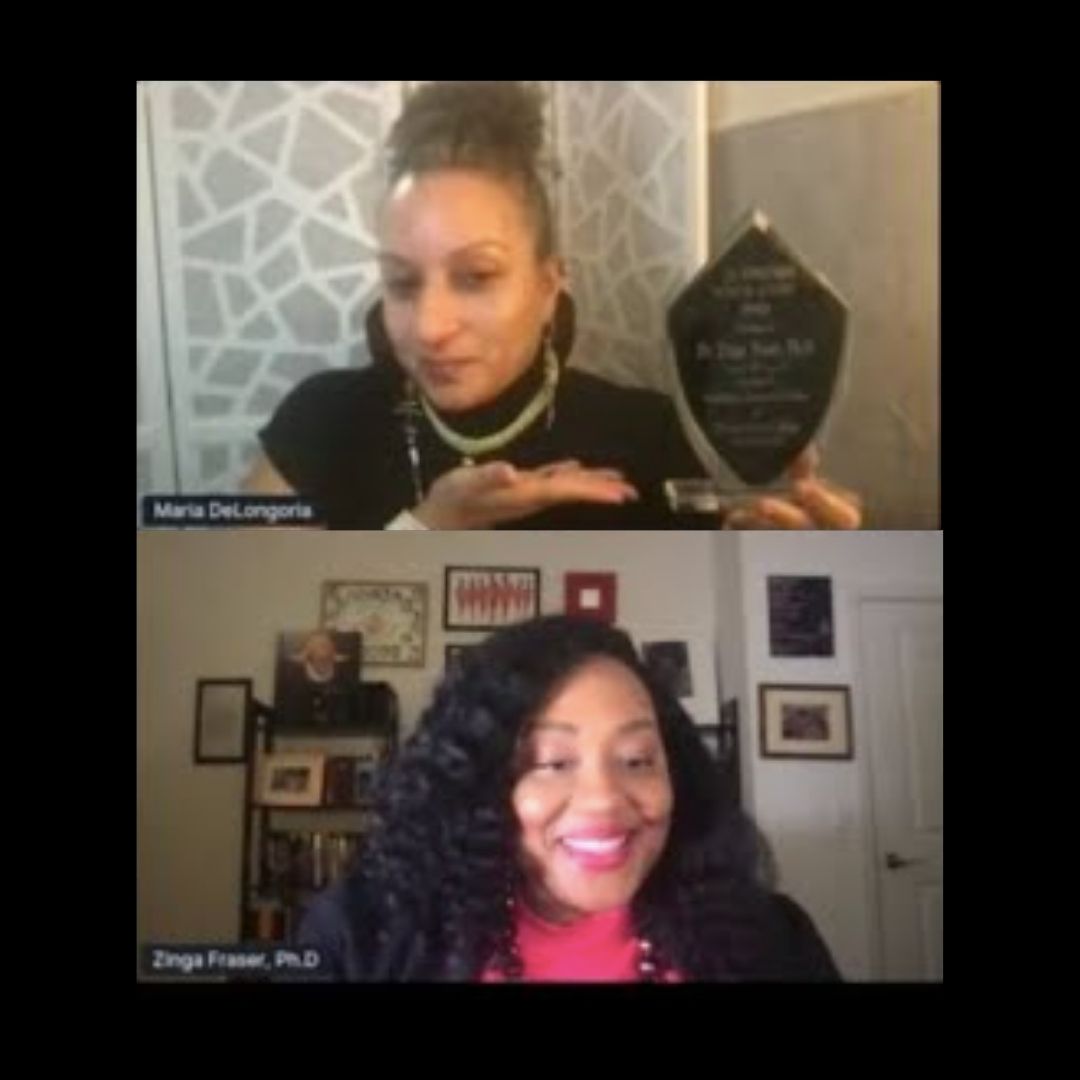 On March 15th, Dr. Fraser also appeared on the WPIX 11 program, Created Equal. Once again, Dr. Fraser emphasized the people-centered ethics of Chisholm’s political life: “Her approach to politics was trying to address policy needs of the most marginalized and disenfranchised people,” Dr. Fraser said. “Government isn’t just about those who are in leadership, but the ways in which leadership meets the needs of the people.” Click the following link to watch the segment: 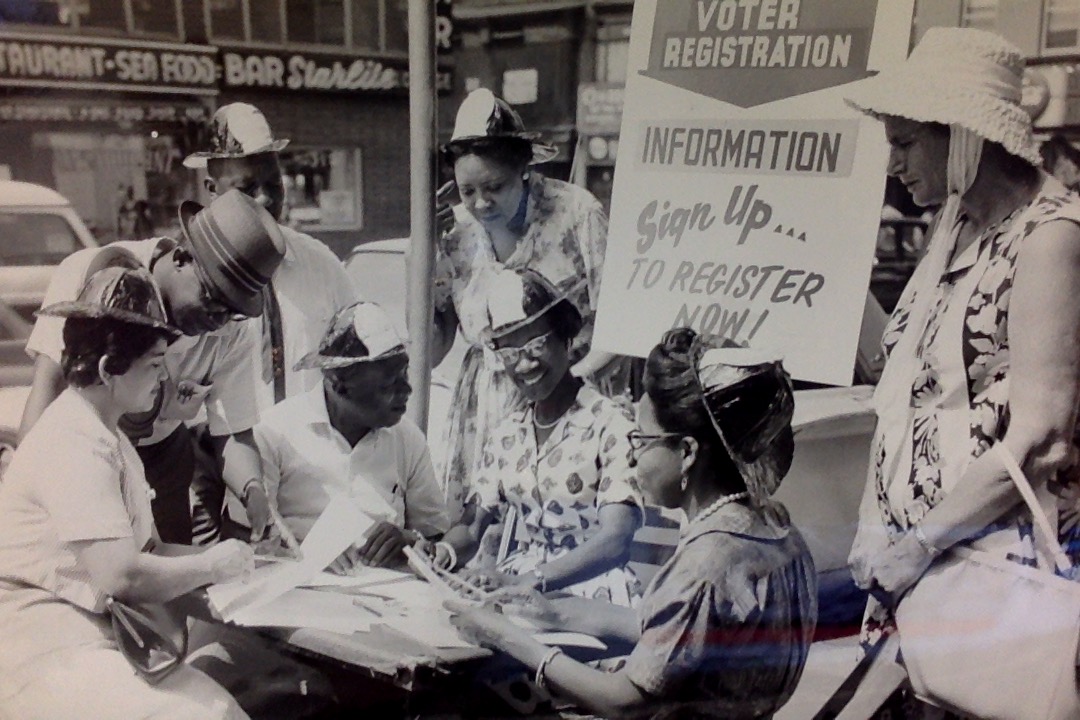 Chisholm leading a voter registration drive in Brooklyn, circa 1965.

As Dr. Fraser noted in her conversation with Congresswoman Lee and Higher Heights, it was Black women who planted the seed for Chisholm’s entry into national politics as a champion for marginalized people. As the season dedicated to Black Women’s history draws to a close, the Shirley Chisholm Project looks forward to engaging that political legacy all year long.