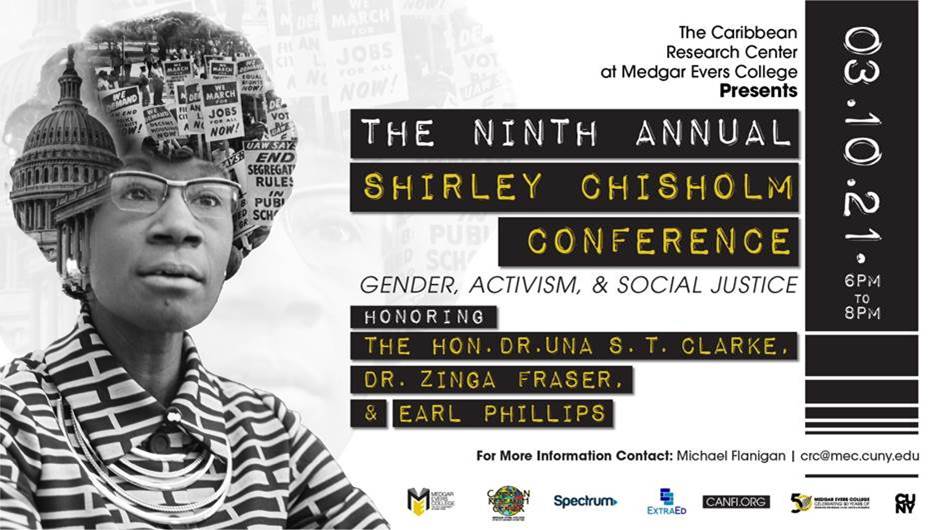 The Chisholm Project congratulates our Director, Dr. Zinga A. Fraser for her nomination as the honoree of the 2021 Shirley Chisholm Conference. Dr. Fraser is being recognized for her work to expand the public consciousness around Rep. Shirley Chisholm and Black women’s political leadership—and for her numerous contributions to promote social justice, politics, education, and community empowerment. Prior to becoming the Director of the Chisholm Project, Dr. Fraser has served as U.S. Policy Director for the Women’s Development Organization and as a legislative aide in the office of the late Congressman Major Owens. Currently, she is an Assistant Professor of Africana Studies Department at Brooklyn College, CUNY.

This year’s Shirley Chisholm Conference will be held virtually on Wednesday, March 10, 2021 from 6:30pm to 8:00pm. The theme is “Gender, Activism, and Social Justice.