Chisholm: “The legacy of MLK is Direct Action”

Every year after Martin Luther King’s assassination, Shirley Chisholm maintained a tradition of giving a speech in his memory in public forums and college campuses throughout the nation. To her, King’s greatest lesson was the importance of direct action. In a MLK Day address in 1987, she said,

“While expanding Constitutional protections for minority Americans was Dr. King’s main focus, he also recognized the necessity for economic justice as evidenced by his call for the Poor People’s Campaign in 1968…The legacy of Martin Luther King is that it is only through direct action that we can expect change…By sitting on the sidelines and hoping for change rather than becoming active participants in creating change, we are dangerously close to those moderates Dr. King accused of being ‘more devoted to order than justice’.”

Speaking of direct action, Chisholm was also instrumental in the struggle to make MLK Day a national holiday. For 15 years after King’s assassination, racists in the House & Senate obstructed the legislation. Behind the scenes, Chisholm helped revive the legislation for each new session of Congress until it was finally signed into law in 1983. 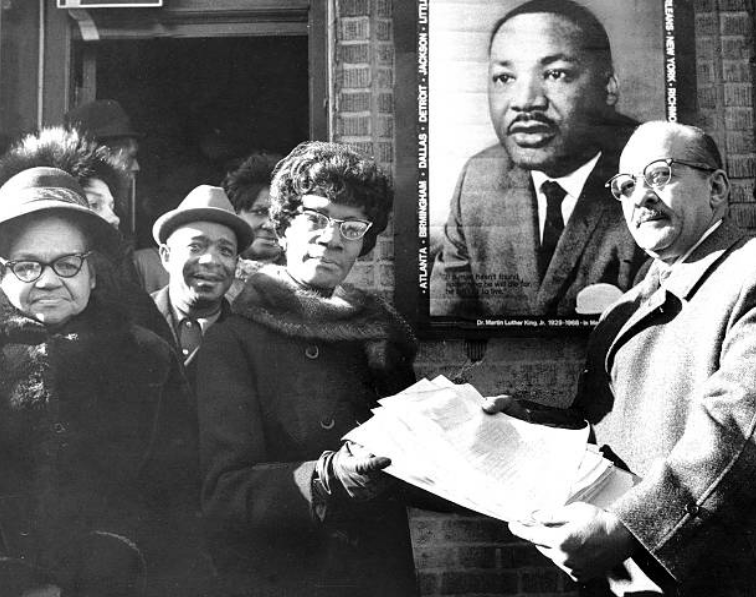