In A Different Kind of World, Breonna Taylor Would Be 27 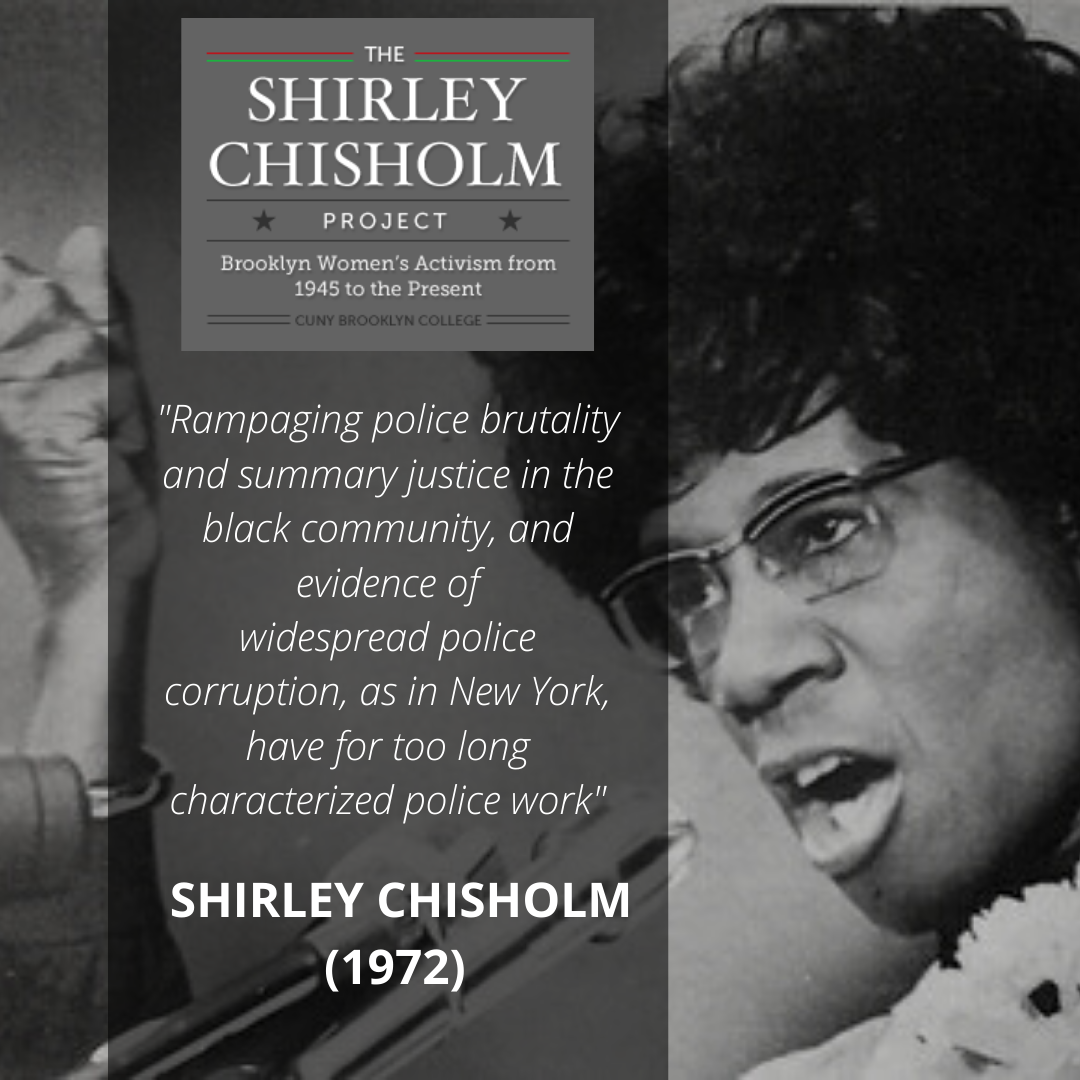 TODAY, June 5th 2020,  Breonna Taylor should be celebrating her 27th birthday with her family. And in a different kind of society, she would be. The Louisville police would not have come armed to her doorstep with a “no-knock” warrant and weapons of war. They would not have invaded her home while she was sleeping. They would not have opened fire. She would have awakened the next day, and the day after that, free and with her future stretching out ahead of her. The Shirley Chisholm Project on Brooklyn Women’s activism stands in solidarity with her family, mothers of #SayHerName and myriad of organizations committed to intersectional work for Black women and girls.

During her presidential campaign Shirley Chisholm issued a manifesto, calling for an overhaul of  law enforcement. She demanded reform in policing, in prisons, in the courts, in our approach to civil rights, human rights and first-amendment rights. And she condemned the War On Drugs—a set of policies that is directly linked to the police break-ins in Black and brown communities. Chisholm writes:

“This Administration has virtually declared war on blacks, non-whites, and the young in this vitally sensitive area” of civil rights. She continues, “Rampaging police brutality and summary justice in the black community, and evidence of widespread police corruption, as in New York, have for too long characterized police work. Excessive police violence, discriminatory biased enforcement of motor vehicle regulations, racial discourtesies, the excessive use of “stop and frisk” laws are all various forms of police harassment and intimidation common to the poor and non-white communities.”

Reflecting on the unfulfilled promises of American Democracy, Chisholm said she fought,  “for an America that does not yet exist in time and space.” Her love was for a different kind of society —and it was a condemnation of the world in which currently exists. It was a progressive and visionary love that was born out of an understanding that what we do today can save the lives of people we cannot yet see. In a different kind of America, that does not exist, Breonna Taylor, Eleanor Bumpers, Shantel Davis,  and a host of Black women and girls would still be alive. At the Chisholm Project we are thinking about national and local actions and suggest the following:

For more info in the coming weeks follow the Chisholm Project at: