Dr. Zinga Fraser on CBS News: Shirley Chisholm Embodies What It Means To Be “A People’s Candidate” 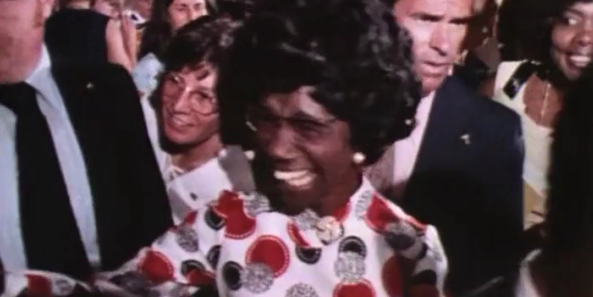 After Joe Biden selected Sen. Kamala Harris as his running mate on the Democratic ticket for the U.S. presidency, the political work of Shirley Chisholm re-emerged to the forefront of national conversation. Dr. Zinga Fraser, who has worked tirelessly to elevate Chisholm’s life and legacy, appeared on CBS New York yesterday to emphasize how a Black woman’s elevation to the Vice Presidential nomination was made possible by the trailblazing Congresswoman from Brooklyn.

“Chisholm would say she’s the People’s candidate. She’s an advocate for the poor, an advocate against racism.”

As one of the foremost experts on Shirley Chisholm and African-American women in politics, Dr. Fraser has made it her mission to reshape the conversation about Shirley Chisholm into one that focuses on the substance of her ideas and political labors—not just the symbolism of her political image.

“When we insert Chisholm’s name and image we must engage in her politics.”

Shirley Chisholm engaged in a radical politics, one that included advocacy against police corruption and brutality, against the Vietnam War, in favor of public daycare, increased funding and restructuring of public education, the reform of taxation and the economic system, bold legislation to fight hunger, poverty, housing discrimination, gentrification, sexism and racism.

In her numerous writings, in the classroom, and in various public interviews about the Congresswoman, Professor Fraser teaches on both the symbolic and substantive dimensions of Shirley Chisholm’s life. See below to watch some of Dr. Fraser’s other interviews:

With Stacie Strahan on “Positively Black” for WNBC