“How Do We Re-Imagine Liberation?”—Dr. Zinga Fraser Speaks on Freedom Day & Black Liberation

In a wide-ranging talk, Dr. Zinga Fraser discussed the significance of Juneteenth with the Bedford Stuyvesant Restoration Corporation during its virtual Juneteenth celebration. On Friday, she presented historical context for the holiday and described its practical significance to African-American communities who continue to fight for liberation, long after the collapse of chattel slavery as a formal institution. 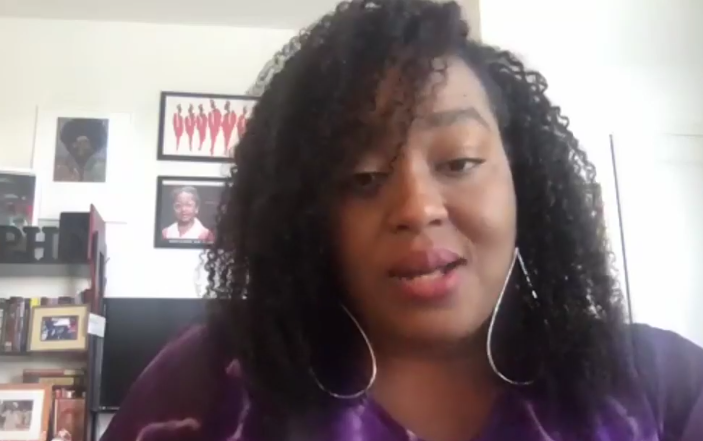 JUBILEE DAY, Dr. Fraser explained, was innovated by African people in America to establish a sense of “collective memory” and wrest “joy and jubilation” out of  the jaws of racialized oppression. Remarking on the failures of legal emancipation, of post-war Reconstruction and the erasure of Black people from mainstream accounts of history, she noted that the creation of Juneteenth was one of the many ways that Black people asserted agency in the process of their own liberation:

Our ancestors had the foresight to understand that the United States as a nation would continue to minimize slavery and engage in a false reading of American history.So Juneteenth serves as a signpost of American amnesia— specifically when we think that Juneteenth comes before July the 4th, which commemorates, in many ways, the hypocrisy of American freedom and independence.”

In addition to its symbolic and celebratory purposes, Juneteenth also serves as an annual occasion for Black people to continue liberation work year after year. Alongside celebratory feasts and dancing that are the more commonly-known aspects of the holiday, Prof. Fraser pointed out that Juneteenth has also been a time in which Black communities engage in civic acts like voter registration drives.

In Dr. Fraser’s eyes, continuing that tradition of civic engagement is critical in our current political climate. Against the backdrop of health disparities exposed yet again by COVID-19 and highly-publicized cases of police brutality, the professor pointed out how the roots of the problem, and the solution to it, were both clear. “The issue is reparations,” she said.

Dr. Fraser described how every major institution in America benefited from enslaved Black labor, and therefore reparative measures in areas of health, education, finance, housing, and more are owed to Black people to aid in their recovery from the ravages of white supremacist oppression. But aside from reparative measures and policies to counter-act white supremacy, Dr. Fraser also number of actions to continue the s spirit of the founders of Juneteenth.

“We all have to think about, How do we reimagine liberation? What does liberation mean for us in this time?”

As a leading experts on the life and career of Congresswoman Shirley Chisholm, Professor Fraser also shed light on Chisholm’s instrumental role in founding the Bedford-Stuyvesant Restoration Corporation and Restoration Plaza, which is the heart of economic, cultural and civic activity in Brooklyn. From the State Assembly, Chisholm was successful in, “Procuring resources in Bedford-Stuyvesant…She works a lot with African-American women who were essential to the creation of Restoration.” 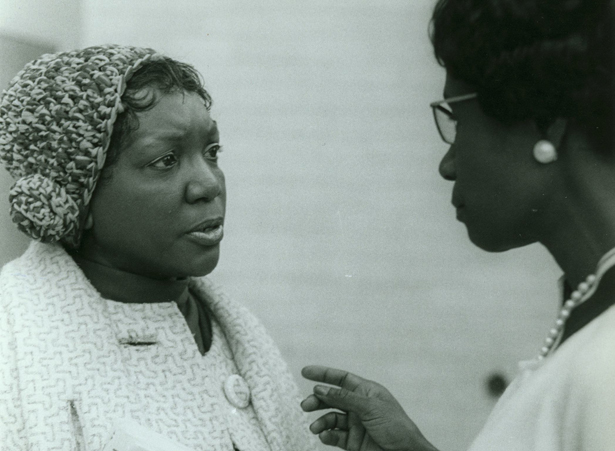 [Pictured: Elsie Richardson and Shirley Chisholm: two of the prime movers in the establishment of Restoration Plaza].

As a state legislator, and later as a national political figure, Chisholm consistently highlighted the plight of Black inner-city residents who were subject to discrimination in housing and employment and routinely shut out of the processes of political and economic power.  As Dr. Fraser explains:

Even when she wins her Congressional seat, she continues to try to fuel money and resources into Restoration Plaza to ensure that it was a place and a space that it was empowered by Black people from that community … Chisholm was instructive in ensuring that there was Black representation in terms of the leadership of Restoration Plaza.

Shirley Chisholm   “shows us what it means to be a freedom fighter for Black political justice,” says Dr. Fraser. And the example she set is critical as we see persistent attacks against Black communities. Dr. Fraser also highlighted the problem of gentrification in Brooklyn, a process through which the very people that Chisholm fought for are being pushed out of the community that Chisholm loved.  “The neighborhood that I grew up in Brooklyn no longer exists.” 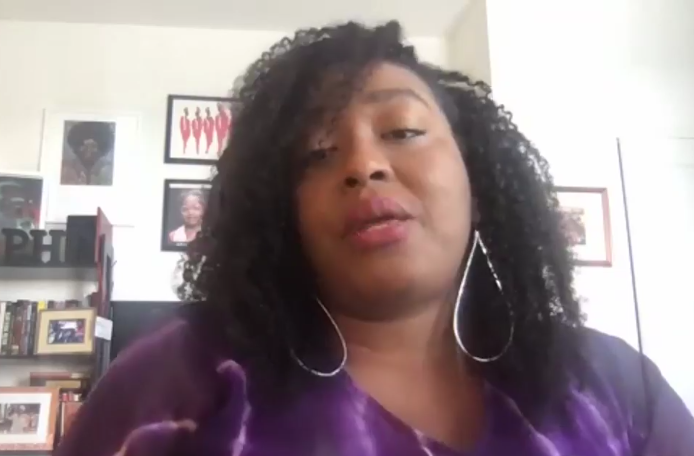 “We have lots of African American people and Afro-CARIBBEAN people who are being displaced in Brooklyn. That is a reality. So its imperative that we fight for Shirley Chisholm’s District to be a place that looked like her. That was about what she was about. “

According to the professor, this reinforces the need for Brooklyn residents to be informed voters. An understanding of redistricting and zoning laws would help them to reject politicians who promote the policies that disrupt and destroy African-American communities. She tied the issue of gentrification back to the problem of police violence. Inevitably, when new residents and politicians come into the community and promote gentrification, it “will lead to an increase of policing and surveillance.”