Frederick Douglass on the meaning of July 4th 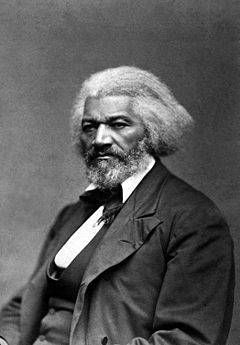 The Shirley Chisholm Project shares Frederick Douglass' powerful speech, “What, to the American slave, is your 4th of July?” read on July 5, 1872 in New York speaking during abolitionist related events. Read the full speech here.  Shirley Chisholm, more than 100 years later, fought to change the U.S., for the better and to make the promises of freedom and equality apply to all Americans.

What, to the American slave, is your 4th of July? I answer; a day that reveals to him, more than all other days in the year, the gross injustice and cruelty to which he is the constant victim. To him, your celebration is a sham; your boasted liberty, an unholy license; your national greatness, swelling vanity; your sounds of rejoicing are empty and heartless; your denunciation of tyrants, brass fronted impudence; your shouts of liberty and equality, hollow mockery; your prayers and hymns, your sermons and thanksgivings, with all your religious parade and solemnity, are, to Him, mere bombast, fraud, deception, impiety, and hypocrisy-a thin veil to cover up crimes which would disgrace a nation of savages. There is not a nation on the earth guilty of practices more shocking and bloody than are the people of the United States, at this very hour.