Three New York City museums will display Caribbean art, research and scholarship in a cross exhibit opening this weekend, “Caribbean: Crossroads of the World.” The Museo del Barrio, Studio Museum Harlem and the Queens Museum of Art are participating. Shirley Chisholm, although born in Brooklyn, was raised Barbados and was strongly influenced by Caribbean politics and culture, like many in New York with Caribbean roots. Check out this slideshow 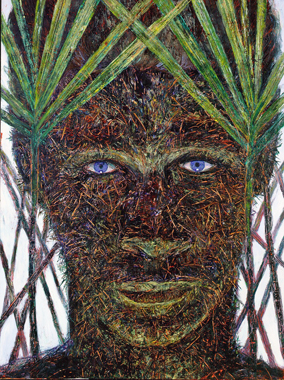 for a preview of the museum exhibits.

The NY Times says its the art event of the summer:

Each tells a hugely complex story from a different thematic angle — collectively, a telling that has been long in the planning, and is long overdue. (Caribbean material has thus far not shared in the aura of glamour that has gathered around Latin American art.) While not strictly speaking a masterpiece show, its like won’t be attempted again on this scale and in this depth for some time.

The story is woven as much from questions as from answers, from intangibles as from facts. Is the Caribbean a place? If so, what are its boundaries? Are Florida and Colombia as much part of it as Cuba? Is there a Caribbean culture, and how do you define it, given the mix of African, Asian, European and indigenous elements that blend, in quite different proportions, on some three dozen islands in the region?